Message from Ms. Yuko Kawamoto, External Board Director of SBG, on her resignation from the Board

As announced in today’s “Appointment of Board Directors and Audit & Supervisory Board Members,” Ms. Yuko Kawamoto will resign from the position of External Board Director of SBG in late June 2021. The following is a message from Ms. Kawamoto regarding her resignation. 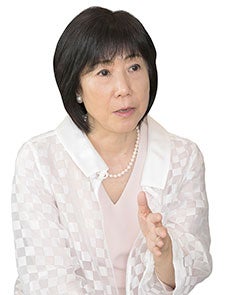 SBG: Quite different from what I had seen and heard from outside

In June 2020, I was invited to join SBG as an External Board Director after being approached by a U.S. lawyer whom I had often worked with. This was just around the time when the business performance of the company was in serious decline due to various factors including issues at WeWork. As Japan’s second-largest company in terms of market capitalization and with entrepreneurship, I saw SBG as a company that employed leverage to lower the cost of capital and promote business, which is rare in Japan. In contrast, the company was said to be facing various governance issues. Specializing in governance and finance, I decided to accept the invitation after an interview with Masa, confident that I could make good use of my knowledge and experience.

Almost one year after assuming the position, I feel it is rare for the image of a company that one sees and hears about from outside to be so different from its actual figure. Having lost none of the spirit of a venture company in its formative years, SBG engenders excitement as a dynamic, swift-acting company. Sometimes, therefore, rules come after the decisions are made, and some might say the company has some weakness in that regard. In reality, however, the employees are professionals in their respective fields. Even if the required infrastructure is not always in place, steps are taken on the frontlines to accomplish tasks in an appropriate manner. Moreover, long before the sudden rise in SDGs momentum across the world and in Japan, Masa consistently stated that “we aim to be a company that grows for 300 years.” One could say that the world is now catching up, but SBG has not communicated in that way. The company is determined to follow its own path unrestricted by so-called common wisdom and trends. Maybe it is a sense of being externally shy, or maybe it is because of the idea that “society will understand some day without proactive explanation.” It is a pity, anyhow, that some of these wonderful realities are not well known to the public.

The Board is well diverse comprising members from varied backgrounds and nationalities, except for gender diversity with the ratio of female directors to total at 11%. SBG is a truly global company where discussions are always conducted from a global perspective. I believe that the main role of External Board Directors is to bring awareness to the executive function. In my experience, External Board Directors have often been catalysts for change; in other words, they alert a company to the path it should take and support the desired change and work to increase shareholders’ value. SBG, however, is making constant changes itself every day. I have therefore focused on asking such questions as “Are the rules in place?” “Are there any deficiencies in the framework?” and “What steps have been taken to ensure internal coordination?” while putting forward various proposals. I teach a postgraduate course on corporate governance, and I believe that I have been able to confirm what needs to be checked. Unlike traditional large companies, decision-making in SBG is quick. Once a matter is accepted, implementation is immediate, with the results for all to see, and that is rewarding. When I mentioned the need for a chief risk officer (CRO), I was impressed with the speed when one was appointed two months later. Although External Board Directors are not necessarily familiar with the details and background of individual investments, we have always been briefed by Masa or the responsible teams. I, in turn, have endeavored to fulfill an oversight function by asking questions from an objective viewpoint until fully satisfied.

I have a different view to the image that is sometimes raised in public and by the media that Masa does not listen to people’s opinions, acts arbitrarily and is inconsistent. In reality, I believe it is rare for a CEO to listen to others so attentively. At Board meetings, Masa always asks for opinions on each agenda item, so any member who does not think hard and have an opinion is unable to stand his or her ground. I have been quite impressed by this attitude. Masa is also willing to change both his mind and direction quickly in a positive way after he listens to different opinions of various people. There were times when the direction was changed due to opposition from External Board Directors. There were also times when he decided to fundamentally reconsider his future approach based on lessons learned. Ideas are put forward one after another and revised at a rapid pace. This sometimes creates a gap with the risk-averse Japanese conventional mindset and can be seen as problematic from the outside. Looking at the way SBG is developing its business, however, I have learned a lot about what it means to take risks and push forward with business.

One of the challenges is that although the direction, speed, ideas and energy are all considered great, sometimes the rules and systems are not checked in time to make decisions. As I mentioned earlier, Masa listens sincerely to the opinions of the External Board Directors. There are times, however, when the process is simplified because of the extraordinary speed. Then there might be a lack of sufficient explanation. One possible way to improve that is to increase the number of in-house personnel responsible for performing checks. It would also help to carefully study global rules and standards, review examples from other companies and obtain second or third opinions from outside professionals. Public and media interest in SBG and Masa remains extremely high. While it is often good to be in the public eye, it also increases the possibility of misunderstandings.

I regret deeply that I must step down as an External Board Director of SBG after only one year due to my appointment as a commissioner of the National Personnel Authority.* If I had an avatar, I would like to have continued. Masa is an extremely exciting individual who often lights up the spirit of those around him. In fact, it is his inspiration that gave me the courage to take on a new challenge and accept a difficult role in service of the country.

SBG needs to formulate a form of governance that allows Masa to fully demonstrate his talents, which can then be integrated into shareholders’ value. This does not imply restrictions or constraints but rather an oversight function that allows the organization to reach its full potential. This is the responsibility not only of executives but also each employee. It would be nice if the “obligation to dissent,” or to disagree when necessary, was more widespread throughout SBG. Amid the moves to strengthen the Corporate Governance Code and the demands of investors, and in part because I remained vocal at Board meetings over this past year, I believe an atmosphere has been fostered where discussions can be held more frankly including the External Board Directors and Audit & Supervisory Board members. Masa is charming and not to be feared. I would hope that each executive and employee will work with an awareness toward governance that maximizes shareholders’ value and thereby develop an even better form of governance that is genuinely representative of SBG and its unique qualities. SBG’s biggest challenge for the future is to design a succession plan. Apple and Microsoft have also been following this path, with Amazon recently making an announcement in that regard. Although another challenge to be overcome, I am confident that SBG will succeed. I look forward to SBG’s continued growth as a global company representing Japan.