How One Company’s Vision for Happiness is Driving Change (#1) 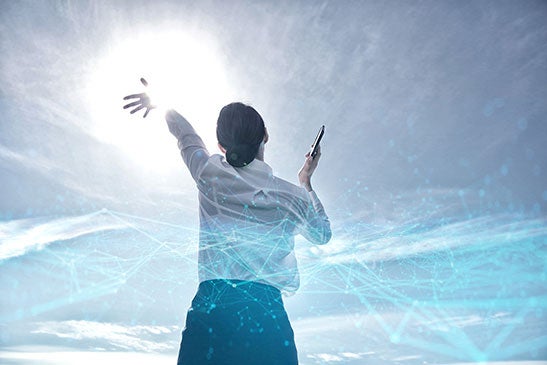 SoftBank Group Corp. (SBG) isn’t a typical company. A recent report by the company, for example, begins by juxtaposing three images: an Egyptian drawing of men in a horse-drawn chariot from 5,000 years ago, an early car from 100 years ago and a futuristic autonomous vehicle run by artificial intelligence. It illustrates that technological change is accelerating, with AI the new game changer.

The company’s mission is to build a happier future for all, measuring success in terms of real solutions. And it’s through investing in AI technology that the company sees a path to reaching those goals.

“We believe constant evolution is our most powerful competitive advantage,” says Masayoshi Son, founder and head of SBG.

Since its inception, the company has focused on technology with a social purpose, and that vision has remained unwavering, despite an ever-changing and globalizing business environment. SBG’s founder, Masayoshi Son, while studying at the University of California, Berkeley, recognized the immense potential for personal computers and the software that they’d need. Then, in September 1981, he started SOFTBANK Corp. Japan to distribute PC software and create an information society in Japan. 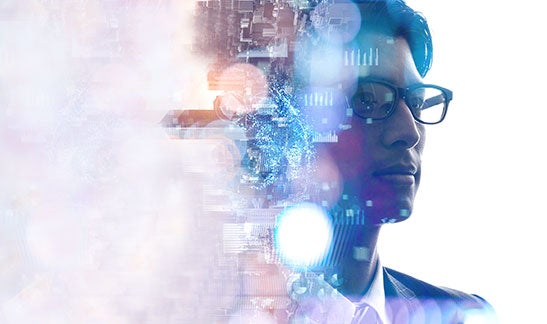 For many companies, the most significant growth comes through expansion into related sectors. Driven by its vision of improving lives through technological progress, SBG has done just that, with its success built on keeping one step ahead of the curve.

For example, it has invested ahead of the major technological trends shaping our lives—from the birth of the PC, to the internet, to the smartphone and mobile era, and now its focus on artificial intelligence. The company believes that technology is key to building a happier and more fulfilling future and has broadened the scope of its technologies, transforming itself from a telecommunications company into a global investor in entrepreneurs around the world. These innovators are reimagining e-commerce, healthcare, finance, mobility and other sectors.

As a result, SBG is unlike most corporations; it is a platform for entrepreneurship. Mr. Son, who is also chief executive and chairman, provides a strong brand, global capabilities and mentorship for founders and for his own executives to dream big and do big things. Entrepreneurship is the driving force behind all it does.

The COVID-19 pandemic is an example of this entrepreneurial spirit in action. Despite its devastating impact, COVID-19 has accelerated the pace of digitization. While the virus has caused tremendous pain for so many, what differentiates SBG is its relationship with its entrepreneurs, who look for silver linings—in this case, the opportunity to bring new technologies to life even in the current climate. They have a partner in SBG to support rapid change. The pressure of the pandemic has sped up adoption of new technologies that may otherwise have taken a decade or longer. Some of the most innovative ideas of our time undoubtedly will stem from this period of disruption and uncertainty.

The pandemic has only reaffirmed the company’s strategy of emphasizing technology, data and AI in its investment philosophy. It continues to invest in the AI Revolution, focusing on funding companies that use AI to improve the way we work, live and play. And SBG has proven its philosophy, building one of the largest tech ecosystems in the world.

Our habits have fundamentally changed with digitalization. And these trends will continue to evolve as we leverage AI to take digitalization to a new level, with ever smarter and more agile technologies. We are already seeing the benefits. Today, AI-enabled software helps us find the nearest restaurant or get answers to our questions within a matter of seconds. It enables businesses to sort through mountains of data, streamline processes and provide analysis on potential operational next steps. And AI is driving unprecedented health discoveries that will help us improve life. And this is only the beginning of the AI revolution. SBG has been there since the start to drive the next generation of new solutions by investing in humans, who are creating that progress.

With SoftBank Group Corp.’s Vision, the company is doubling down on its vision for happiness. “We are heading for an AI revolution, and we will be the investment company for the AI revolution,” Mr. Son says. That means not only more investment in more innovative companies but also making connections among them to propel them farther, faster. It means putting information technology to work toward a better world with more opportunities for personal fulfilment. SoftBank Group Corp.’s goal, in a word, is happiness. 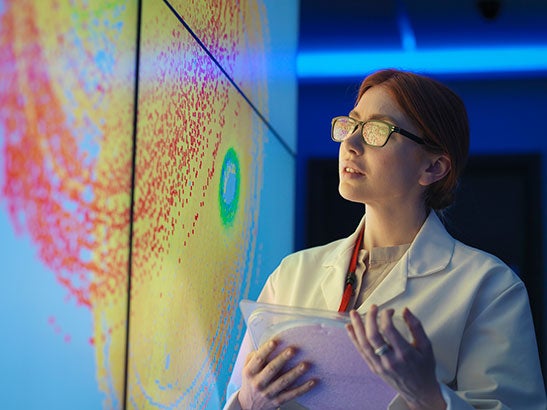 How (Artificial) Intelligence
Will Lead to Our Happiness