Fukuoka City, the Japan Sailing Federation (“JSAF”) and SoftBank Group Corp. (“SBG”) today announced the ninth race of the Louis Vuitton America's Cup World Series (“LVACWS”), a set of qualifiers for the 35th America's Cup to be held in 2017, will be held in Fukuoka, Japan from November 18 to 20. The LVACWS Fukuoka in Jigyohama, Chuo-ku, Fukuoka City will mark the first time an America's Cup race will be held in Asia since the competition started in 1851. Fukuoka City has been selected for world-class sporting events, including the 2019 Rugby World Cup and 2021 World Aquatics Championships, and is also home to the Fukuoka SoftBank HAWKS professional baseball team, making it a natural place to hold the LVACWS.

The America's Cup, the globe-spanning yacht race, began in 1851 to commemorate the Great Exhibition in London, and took its namesake from the American team, which brought back the first trophy. The America's Cup is the oldest trophy in international sport. The LVACWS takes place over two years with all six America's Cup teams competing in countries around the world on a global circuit. This leads into Qualifying and Playoffs in Bermuda 2017 to determine the top challenger to race against the defending champion, ORACLE TEAM USA, in the 2017 America's Cup.

So far teams have raced five times in different countries for the LVACWS. Before coming to Fukuoka, teams will compete in the LVACWS Chicago (US) from June 10 to 12, the LVACWS Portsmouth (UK) from July 22 to 24, and the LVACWS Toulon from September 9 to 11. SoftBank Team Japan, sponsored by SoftBank Group, is competing in the LVACWS as the first Japanese team in the competition in fifteen years.

Soichiro Takashima, Fukuoka City Mayor, commented, “Fukuoka is aiming to be a leading city in Asia, so being able to host the LVAWCS in Japan for the first time is truly wonderful. I'm looking forward to an exciting race full of speed. All of us at Fukuoka City will work together to make the event a big success.”

Hirobumi Kawano, Japan Sailing Federation President, said, “The news that the LVAWCS will come to Japan ranks in importance with the decision to hold the 2020 Olympics in Tokyo. We're very pleased that Japan will be holding the event, not just participating in it. JSAF will work closely with the Fukuoka organizers to put on a great race.”

Kazuhiko Sofuku, SoftBank Team Japan Sailor and General Manager, commented, “I was greatly moved to hear that the LVACWS will be held in Japan. As a Japanese sailor, it is extremely meaningful to be able to have the race in Japan. On behalf of SoftBank Team Japan, I know we'll be putting all of our efforts into producing a great result.”

Masayoshi Son, SoftBank Group Representative, said, “I'm extremely excited that for the first time Japan will host the world's most prestigious and historic yacht race, which dates all the way back to 1851. We hope to see SoftBank Team Japan, Japan's national team that we sponsor, victorious in Fukuoka.” 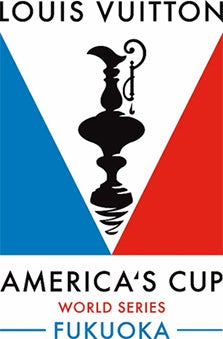