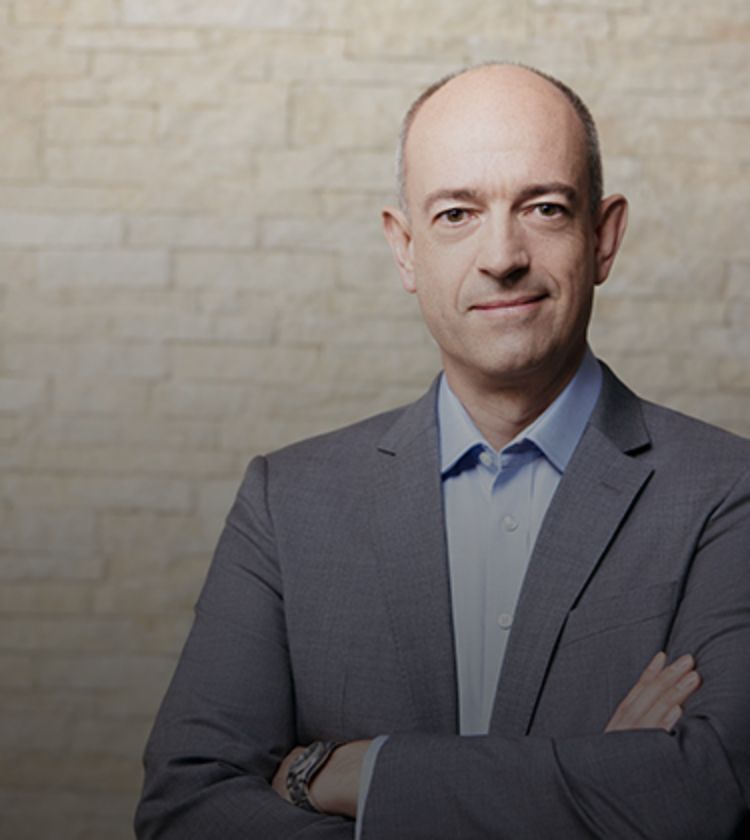 Leading the world in semiconductor technology

Arm is the world's leading designer of key technologies used in semiconductor computer chips. We are best known for designing the processors for the main chip in nearly all smartphones. Over the last quarter of a century, our technologies have spread into all sectors and markets, and we now have the world's most widely deployed advanced technology intellectual property (IP). Arm-based products are found in a host of digital electronic devices, from digital TVs to braking systems, smart sensors, and the data centers running the cloud. 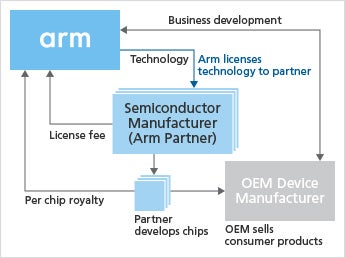 Designing a new processor can take many years and requires a team of hundreds of highly specialized engineers. Arm licenses processor designs to semiconductor companies that incorporate Arm technology into their computer chips. Licensees pay an up-front fee to gain access to our technology, at which point they can incorporate our designs alongside their own technology to create smart, energy-efficient chips. We receive a royalty on every chip that uses one of our technology designs. Typically, our royalty is based on the selling price of the chip.

Arm designs are suitable for a wide range of end applications and can be reused in a variety of chip families to address multiple markets. Each new chip family generates a new stream of royalties. An Arm design may be used in many different chips and may ship for more than 25 years.

Arm made considerable progress in fiscal 2017

Increasing investment in research and development

Since being acquired on September 5, 2016, we have accelerated investment in R&D. Over the past fiscal year, we have added more than 1,000 people, taking the total head count to 5,886, of whom over 80% percent are R&D engineers. 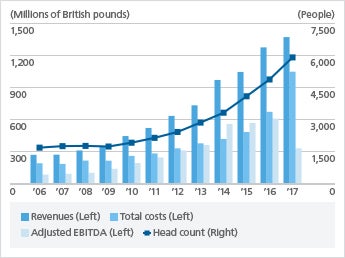 Current revenues are derived from technologies developed many years ago, while current costs stem from investments in technologies that will drive future revenue growth, which means that these costs and revenues are practically unconnected. Therefore, our investments are entirely at the discretion of the management team and we can deliver any level of profitability. Accordingly, we have chosen to increase investments, despite knowing that doing so will deliver lower profits in the short term, in the expectation that we will realize much greater growth in the future.

Arm plans to reinvest the majority of its potential profits back into the business in the next few years. This will enable Arm to develop important new technologies (see below) that will drive revenue growth for many years and decades to come. Currently, we expect that the revenues from investments today will generate higher revenues and greater profits within the next five to 10 years. Arm's senior management will then decide whether these profits should be reinvested back into the business for further growth, or returned to the SoftBank Group.

The technologies in which we are investing will be deployed across many markets and in a wide range of devices. These technologies will help Arm gain or maintain share in long-term growth markets.

During fiscal 2017, Arm faced several challenges, which included the so-called “Spectre” and “Meltdown” security exploits. Security researchers first informed Advanced Micro Device, Arm, and Intel that their processors may be vulnerable to a new class of exploit in June 2017. Together with companies from across the industry, including Apple, Google, and Microsoft, we worked quickly to develop mitigations that would prevent hackers from using these exploits to gain access to information held within a PC, phone, or server. In January 2018, the companies provided details on the potential exploits and potential mitigation options for vulnerable chips.

This experience highlighted the evolving security threats faced today and the novel techniques hackers may use to target parts of a system that were previously thought to be secure. It also highlighted the need for Arm and industry leaders to remain vigilant in keeping systems safe, as well as demonstrating how collaboration among partners and competitors toward the common goal of user security should be the standard approach, not the exception.

In addition, Arm is investing in products and services that can generate new sustainable revenue streams, especially in emerging technologies related to the Internet of Things (IoT). This is potentially a huge business opportunity as IoT starts to take shape and we begin to understand how businesses can create value and monetize these new markets. Arm intends to support these businesses with its technology and create new long-term growth opportunities.

Collaborating across the SoftBank Group

In fiscal 2017, Arm increased collaboration with many other technology companies across the SoftBank Group. This has been aided by Marcelo Claure, currently the Executive Chairman of Sprint, being appointed to the Arm Board. Arm's collaboration across the Group has already resulted in some important innovations, such as Sprint announcing that it is working with Cavium (an Arm licensee) to develop new networking technologies. Arm will continuously look for opportunities to collaborate across the SoftBank Group, and to enhance the value of the Group. We expect that there will be many opportunities, especially in the areas of artificial intelligence, energy-efficient servers, next-generation telecommunications equipment, and in IoT.

Increased investments in R&D to develop new technology today should yield increased revenue growth in the future. The main future markets for Arm include:

Arm already has a very high share, and we do not expect the overall market to grow strongly. The opportunity here is to provide more advanced technology, such as machine learning and augmented reality, and thereby receive higher royalties.

Arm has a growing share in networking equipment as operators seek to provide more services to consumers and enterprises.

Enterprises are increasingly transitioning their operations to the cloud. This is creating demand for new types of servers that are optimized for specific applications and less expensive to build and run. Many of these servers can benefit from Arm technology.

Arm has a growing opportunity as even relatively simple digital devices, such as credit cards, thermostats, and manufacturing equipment, are becoming smarter. We expect that opportunity to grow as more things become connected and IoT expands.

Arm technology is being used to create smart vehicles that will eventually become autonomous. Arm already has a high share and expects the market for increased computing in vehicles to grow steadily over many years.